Brexit: its Cause and its Solution 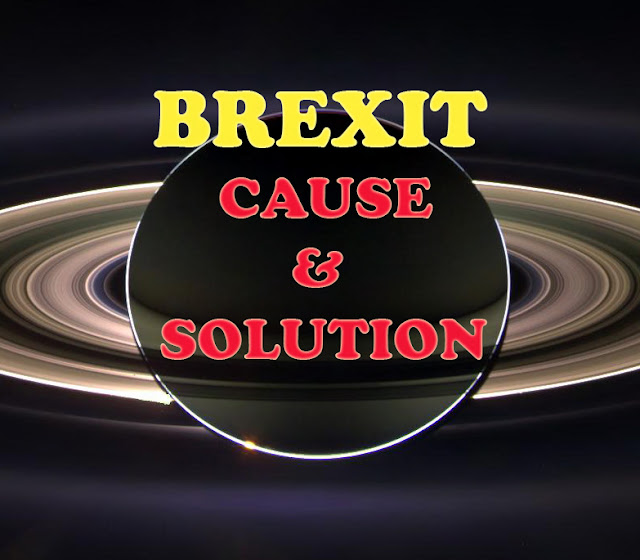 Why in 1975 were Britons enthusiastic to join the European Community and its Common Market and are now intent on leaving the “European Union“?
In the1975 Referendum, two out of three voters confirmed British membership of the European Community. With good reason. Peace and prosperity. That was the aim of French Prime Minister Robert Schuman, the founder of the European Community. He delivered the goods.
‘Wisdom is better than weapons of war‘ says the Book he often read. For more than than 2000 years the nations of western Europe were at war every generation. After World War 2, although everyone expected war again either with Germany or the USSR, it did not happen. Why? This video explains how and when the European Community and the Council of Europe with its Convention of Human Rights made several types of war ‘not only unthinkable but materially impossible‘.

‘But a transgressor can destroy much good,’ says the Book. Politicians then changed the Community system into a “European Union“.

Bureaucracy increased. Politicians still met behind closed doors in the Council of Ministers as they did when de Gaulle tried to rule the Continent. Some Continental countries had referendums. The Council ignored the result when it was negative. Nor were other countries allowed to confirm changes made by the Council to override referendums.

That is the heritage of the French autocrat, Charles de Gaulle, 1958-69, who vetoed British membership without any democratic authority to do so. He also denied elections to the European Parliament and the other crucial legislative bodies that should represent workers, industries, consumers and regions.

Presently the secretive EU system also mimics the Politburo system of the Soviet bloc. It denies Human Rights to 98 per cent of the population who are not members of the favoured political parties! The deep cause of Europe’s malaise is this Democratic Deficit and Denial. 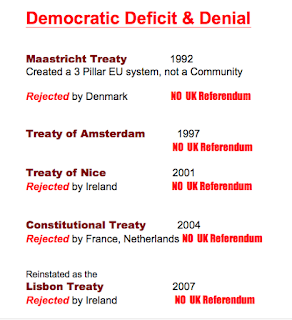 The UK is deeply attached to Democracy. Yet its politicians made ‘cast-iron’ promises of referendums at each stage but refused to implement these referendums.

Not the European Community!

How can this Politburo system be changed? Can Europeans regain true democratic relations among its peoples? The YouTube video explains these deep causes and presents the democratic solution to Europe’s crisis.

It also predicts that once these changes are made Europe will again enter on a new economic miracle that will outclass the postwar boom, its ‘thirty glorious years’.